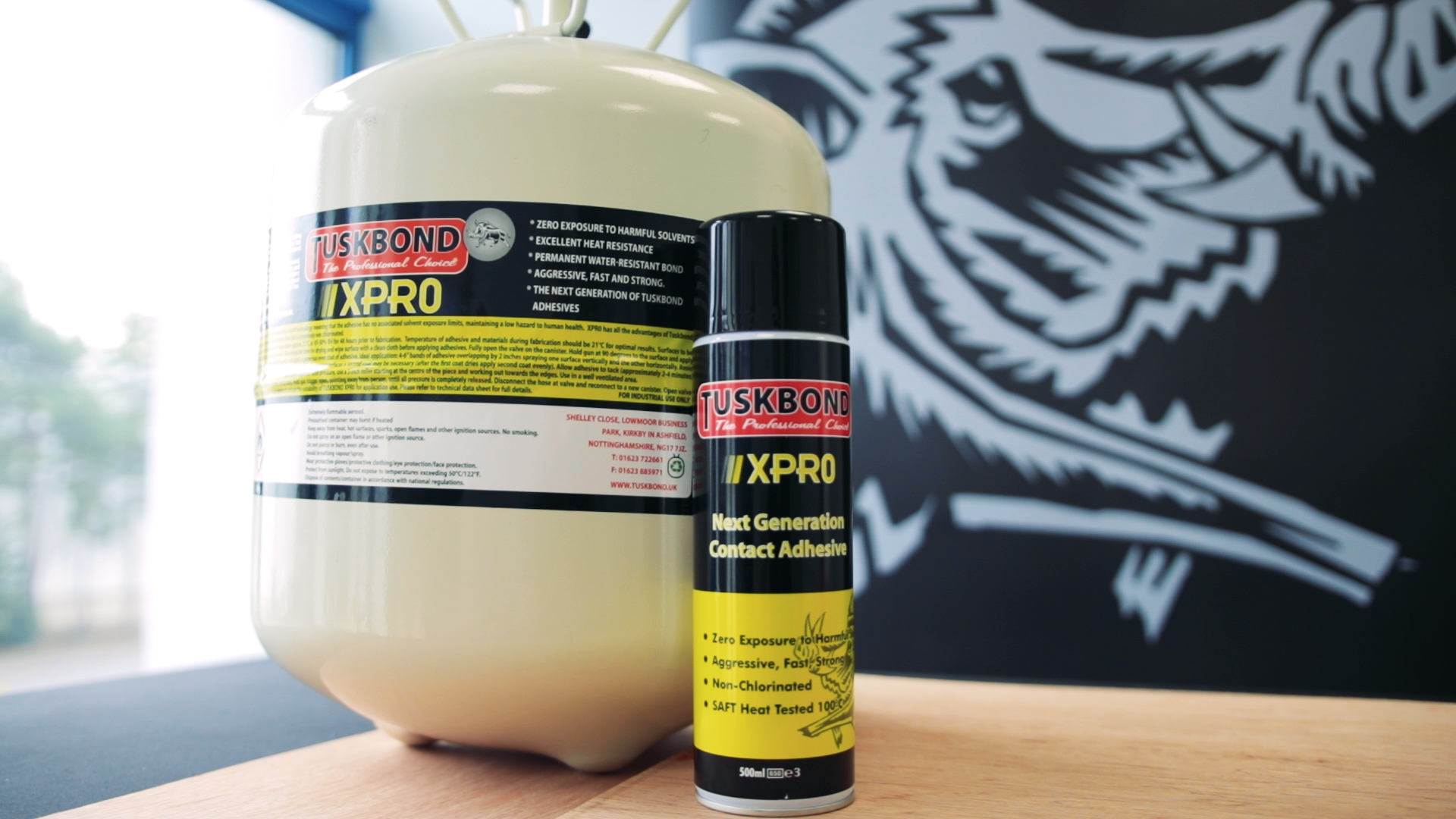 I saw my first canister at a shopfitting company.  It wasn’t in use at the time and I asked the workshop foreman what it was, assuming it was for spraying paint as it had a hose and spray gun attached to it.  When I was told that it was a new type of contact adhesive I was perplexed as I’d never seen anything like it. The next question was, can you show me how it works?  Reaching for a scrap piece of laminate and an off-cut of MDF he proceeded to quickly cover the board in a fine web like pattern, once done he got to work on the laminate. Fully expecting to be offered a cup of tea whilst the adhesive ‘Flashed off’ I was amazed that after just a couple of minutes he was placing the laminate on top of the board and making a bond that was almost instant. So what did I learn from that first introduction of canister adhesives:

Fast forward a good few years and the concept of canister adhesives is nothing new, most joiners and fabricators will be using it or will have certainly used it at some point of their working lives. The concept of a canister system (which is essentially a large aerosol) delivering an adhesive product is widely accepted as the fastest and most convenient way to manufacture laminated boards without presses or large machinery.

Surprisingly, the method for manufacturing these products has remained the same over the years too. A granular, rubber resin type product is dissolved in a solvent to make the liquid adhesive, this liquid  is then forced into the canister with a propellant which forms the pressurised canister.  When the operator pulls the trigger on the spray gun, the contents of the canister is forced through the hose and out of the gun through a tip which is suited to spraying these materials based on viscosity and the desired pattern. The propellant is discharged into the air, the wet adhesive is left on the board and the solvent present in the wet adhesive quickly evaporates leaving behind a tacky rubber ready for bonding.

The vast majority of canisters still use a chlorinated solvent in the manufacture of these adhesive systems. Whilst this chemistry has worked very well since the inception of canister adhesives many users are now concerned about the toxicity of chlorinated solvents especially when they read the warning symbols which must feature on a chlorinated product and study the MSDS (Material Safety data Sheet) which is obliged to show the following Hazard statements. A lot of people are now looking for a solvent-free contact adhesive (by which they mean no hazardous solvents).

Utilising the latest chemistry Tuskbond XPR0 gives users the same benefits of traditional chlorinated adhesives but with a solvent that is a low hazard to Human health and has minimal impact on the environment. Applicators can be assured: