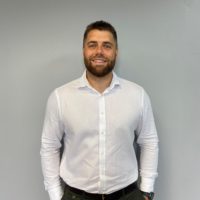 Gregg is an experienced salesman with over 10 years of knowledge in the adhesive industry and sales profession. From mixing adhesives at a small non-disclosed adhesive manufacturer in Nottinghamshire, to running his own adhesive franchise, and in more recent years, managing some of the most reputable spray adhesive brands worldwide. Gregg’s role is National Sale Manger, which involves generating new business for Tuskbond and our distributors, whilst giving technical and sales support. In his spare time, Gregg enjoys playing squash, cycling and CrossFit, and occasionally golf. 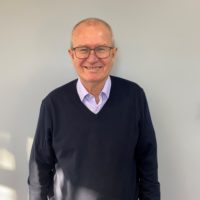 Nigel qualified as a chartered accountant with KPMG in Nottingham. One of his clients was HB Fuller, an international adhesive company, who he later joined to become the UK Financial Director. When HB Fuller closed one of its facilities, Nigel joined forces with Howard Marshall to set up an aerosol filling company, specialising in adhesives. The fact that neither of them had any idea how to fill an aerosol can didn’t seem to phase them (for reasons that are unclear).

The company has grown year on year, due to quality products, admirable service levels and an honest approach to customers and suppliers. Nigel continues to play a large part of the day to day running of the business, with a desire of leading the company, brand and employees to further success. 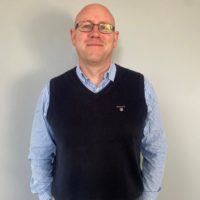 Mike was appointed in January 2017 and has since been announced as Commercial Director.

Commenting on his new role, Mike said: ‘I am delighted to have been appointed Commercial Director. Sanglier continues to be a successful business with an excellent reputation for quality and service. 2020 has been a challenging but rewarding year and Brexit will continue to add to these challenges for 2021. I know we will face these challenges head on.’

Mike brings over 20 years’ experience in the adhesives and sealants market and joined Sanglier in January 2017 as Director of Sales. Mike has a wealth of experience holding management positions in Sales, Marketing and Technical. 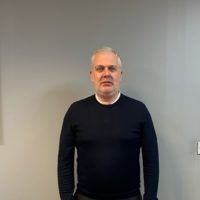 John was appointed as Operations Manager in 2015, responsible for Production, Health & Safety, Recruitment and Staff Training across our multiple manufacturing sites. John has since been appointed Operations Director.

Commenting on his new role John said: ‘I am proud to be appointed as Operations Director. The work of all the teams on our multiple sites has been integral to succeeding in these difficult times.’

John boasts over 35 years of manufacturing experience with 22 of these being within the chemical industry. During this period, John was part of a team who won the ‘Imeche Factory of the Year’ award as well as achieving certificates in Green Belt Six Sigma, CIPD- Certificate in Training Practice and Advanced Lean Leader.

For his sins, John is a keen supporter of Derby County; you can make up your own mind about that! 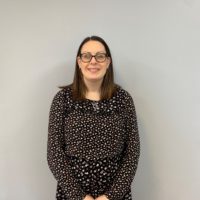 Claire joined the team in April 2017, responsible for the monthly management accounts and financial reporting for the company and has since been appointed Finance Director.

Commenting on her new role Claire said: ‘I am delighted to be appointed as Finance Director and I am looking forward to being an integral part of Sangliers continued success in the coming years.’

Since joining Sanglier Claire has been the driving force behind the implementation of the new ERP system which has ‘improved efficiency in both production and administration’. Claire’s previous employment history includes five years working in the oil and gas industry progressing from purchase ledger to financial accountant whilst studying ACCA.

Outside of work Claire enjoys walking and camping (when the weather is dry!) And recently took part in a walk up Snowdon to raise money for Parkinson’s UK, which is a charity close to her heart. 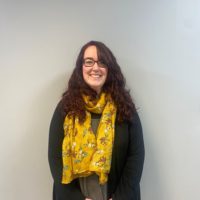 In Sanglier Hannah is responsible for the Technical and Quality teams across all sites. She gets a real buzz out of innovation and new products and always strives to continuously improve our products and internal processes. 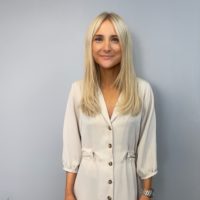 Stephanie joined Tuskbond in 2014 and her role as progressed over the years with a focus on Customer Key Accounts and Marketing. Over the years, Stephanie has built great relationships with customers and continues to strive to meet both the customers and industries growing needs. For Stephanie, communication plays a key role, with a passion of bringing the Tuskbond brand and products alive. Outside of work, Stephanie is an avid gym-goer who enjoys anything active and competitive. 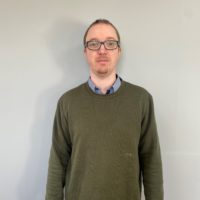 Sam started his role in the Tuskbond Technical and Quality department, following his degree in BSc Forensic Bioscience. He has since worked his way up to Technical Sales Representative doing site visits for product guidance and demonstrations, looking after customer accounts to assist with technical enquiries and working on new business development.

Sam enjoys watching a game of Ice Hockey and often spends his weekends supporting his local team, the Nottingham Panthers 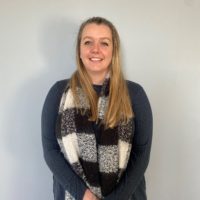 Katie joined Sanglier in 2021 as Purchasing Manager. Having worked in a plastics manufacturer as a materials buyer and then within the Education Sector as a Vendor Manager, she is looking to bring these two experiences together in the next stage of her Purchasing career. Believing the relations between supplier and business are the key to success, Katie is approachable, friendly and has a proven track record of building strong and successful business relationships.

Outside of work, Katie is keen on anything sporty! Her most notable achievements include; Playing cricket at Lords and Cycling to Paris whilst raising £5000 for The Royal British Legion. Next challenge of the list is The London Marathon in 2022. 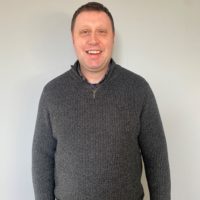 Richard has been with the team since the very beginning, when the company formed in 2002. During the past 16 years Richard has held various positions within the company gaining extensive knowledge and experience which he is now able to apply to his current role of Planning Manager.

Day-to-day Richard oversees the planning and purchasing team who are responsible for the scheduling of production and procurement of raw materials across our multiple manufacturing sites and warehouses.

Recently, Richard has also played a key role in the successful implementation of our new ERP system.

Outside of work, Richard is a keen green fingered gardener who prefers to be outside on his newly acquired allotment or walking in the nearby countryside. 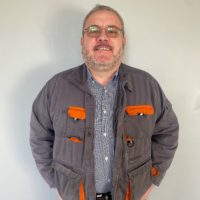 Paul is responsible for the plant and facilities, with a restless ambition to improve availability, reliability and efficiency.

Paul has been with the company since July 2017 and has a notable 30 years’ experience in Engineering & Maintenance FMCG, Chemical and Heavy Engineering.